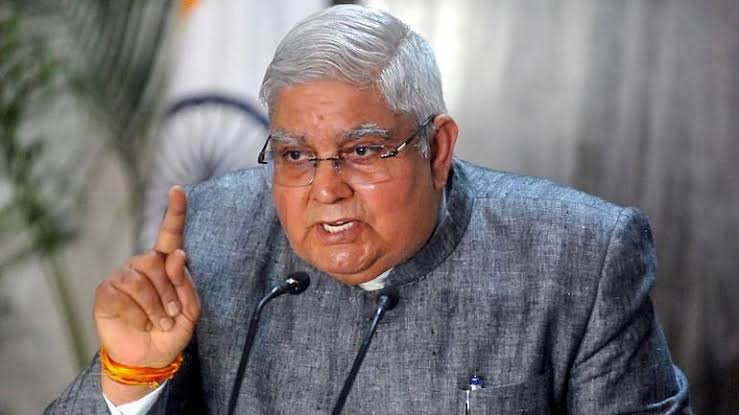 New Delhi: NDA’s candidate Jagdeep Dhankhar has been elected as the next Vice President of India defeating the Opposition’s Margaret Alva by a huge margin.

Dhankhar will succeed incumbent M Venkaiah Naidu, whose term will end on August 10, to become the 14th Vice President of India.

Lok Sabha Secretary-General Utpal K Singh informed that Dhankar won by 346 votes as he bagged 528 of the total 725 votes that were cast. While 15 were termed invalid, Opposition candidate Margret Alva received 182 votes in the election.

The polling for the Vice President election took place in the Parliament building at 10 am on Saturday and concluded at 5 pm with a poll percentage of 90 per cent till 3 pm.

NDA’s candidate Jagdeep Dhankhar had a clear edge over his opponent with the ruling BJP having an absolute majority in the Lok Sabha and 91 members in the Rajya Sabha.  Dhankhar, 71 is a lawyer by profession, who was one of the leading professionals in the country and has practiced in both, the Rajasthan High Court and the Supreme Court of India. He served as the governor of West Bengal in 2019. He stepped into public life after getting elected as the Member of Parliament (MP) from Jhunjhunu in the 1989 Lok Sabha elections and later was elected MLA to Rajasthan Assembly from Ajmer’s Kishangarh constituency in 1993.

Born in an agrarian household in a remote village in the Jhunjhunu district of Rajasthan, Dhankhar completed his school education at Sainik School in Chittorgarh. After completing his graduation in Physics, he pursued LLB from the University of Rajasthan