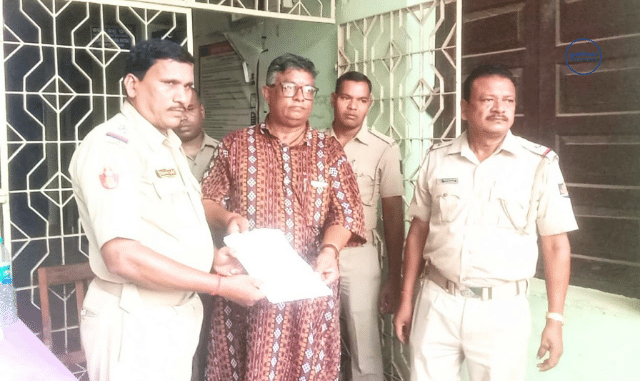 Puri: Jagannath Sena on Monday filed a complaint with Lingaraj Police Station in Bhubaneswar accusing the Archeological Survey of India (ASI) Superintendent of neglecting his duties and taking no action against the ‘illegal’ constructions around Puri Srimandir.

Jagannath Sena national convenor Priyadarshan Pattnaik, in the complaint, stated that ASI Superintendent Arun Mallick was aware of the ‘illegal’ construction around Srimandir but did not take any action against it.

Patnaik questioned why the ASI Superintendent was silent when the temple’s heritage corridor project was being carried out ‘illegally’.

The Puri-based outfit led by Priyadarshan Pattnaik has accused ASI Superintendent Arun Mallick of negligence in duty and the security of the shrine. “Since the office of the ASI Bhubaneswar Circle comes under Lingaraj police station jurisdiction, we have lodged a complaint here,” said the Jagannath Sena convenor.

Jagannath Sena has demanded that legal action be taken against the ASI Superintendent for failing to perform his duties under Section 30 (c) of the Ancient Monuments and Archaeological Sites and Remains Act (or AMASR Act) and Section 166 of the IPC.

In the complaint, Jagannath Sena convenor Priyadarshan Pattnaik said it was “surprising” why the ASI Superintendent had not filed a complaint against the state government while constructions were going on ‘illegally’ and without prior permission from the ASI. He also questioned why the ASI is not taking any action against the project.