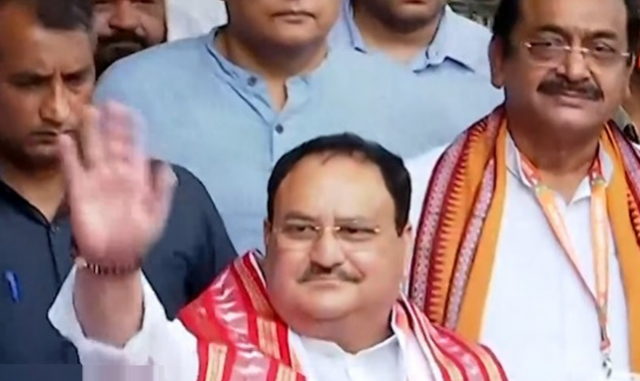 J P Nadda Arrives In Odisha For A Two-day Visit

Bhubaneswar: BJP President J P Nadda has arrived in Odisha on a two-day visit to the state. Nadda is scheduled to hold a series of meetings with BJP office bearers, Party MLAs, and others during the visit.

He then addressed a gathering at Janata Maidan here.

During his 2-day visit, Nadda is scheduled to visit Puri at 8 pm tonight. He will be felicitated by the district BJP during a programme at Atharnala. After offering prayer at the Jagannath Temple tomorrow morning, he will head to Dhamnagar in Bhadrak district.

Later, he will attend an inauguration programme of a 100-bed hospital at Swami Vivekanand National Institute of Rehabilitation Training and Research (SVNIRTAR) at Adaspur in Cuttack district. He is scheduled to attend a party programme at Janata Maidan tomorrow again.