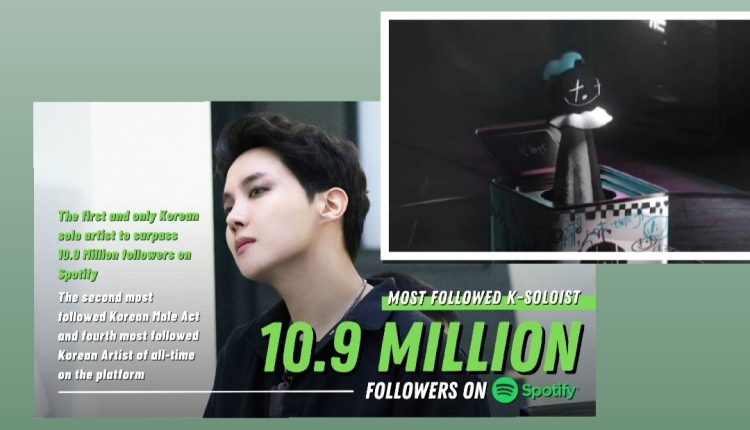 Seoul: BTS member J-Hope is preparing to release his first solo album titled Jack in the Box. The rapper has already released the first track from the album, More. Now, the Bangtan member has dropped a sinister teaser of the album and it seemingly gives a nod to Pandora’s box.

The black and white teaser begins with a Jack in the box placed beside a television with no reception. The box features a dent and a number of drawings. Jack pops out of the box and the television suddenly gets the reception. While it features an animated image at first, the word ‘done’ appears soon after. J-Hope has given his own touch to the iconic tune of the Jack in the box as well in the teaser.

j-hope 'Hope In The Box' Visual Teaser
Only one thing was left in the box. It was "Hope"
#jhope #제이홉 #JackInTheBox #HopeInTheBox pic.twitter.com/BgnBsIVjY9

More by J-Hope has completed 30 million views on YouTube. The song is a mix of hip-hop and rock. Fans, music critics and YT reactors have given it a thumbs up.

Now, the good news has come that it has topped the Spotify Global Songs Chart, which is huge. Moreover, the Recording Academy aka Grammys have said that his album is one of the works to look forward to in July 2022 along with Beyonce and Lizzo’s album.

Can't stop listening to #jhope_MORE by #jhope! The upcoming album #JackInTheBox will be legendary! @BTS_twt