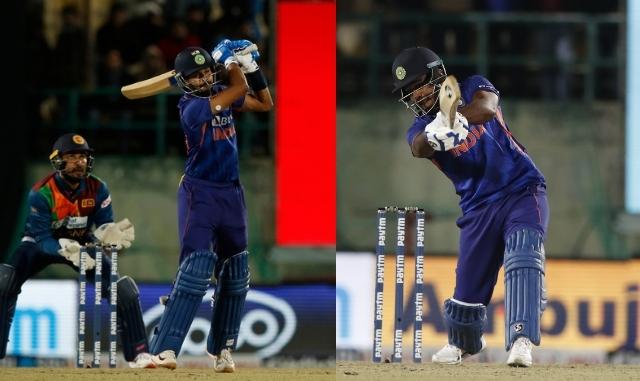 Dharamsala: It was a classy inning from Shreyas Iyer and Sanju Samson, which helped India to win the second T20I against Sri Lanka in Dharamsala by seven wickets.

While Iyer knocked half-ton (74), Samson ended his well-fighting inning, scoring 39. They both added 85 runs in 50 balls for a third-wicket partnership.

India were earlier rocked by the wickets of openers Rohit Sharma and Ishan Kishan. Rohit was dismissed by Dushmantha Chameera in the first over while Ishan was dismissed in the fifth over by Lahiru Kumara.

Batting first, Pathum Nissanka and Dasun Shanaka blew away the Indian bowling attack in the middle and death overs to help Sri Lanka post 183/5 in 20 overs.

Nissanka was dismissed for 75 runs while Shanaka remained unbeaten on 47 runs off just 19 balls. Shanaka took apart Harshal Patel as he gathered 23 runs off the last over.

Yuzvendra Chahal followed it up as he dismissed Charith Asalanka for two runs while Harshal Patel also got into the act to help India fightback after a poor start.