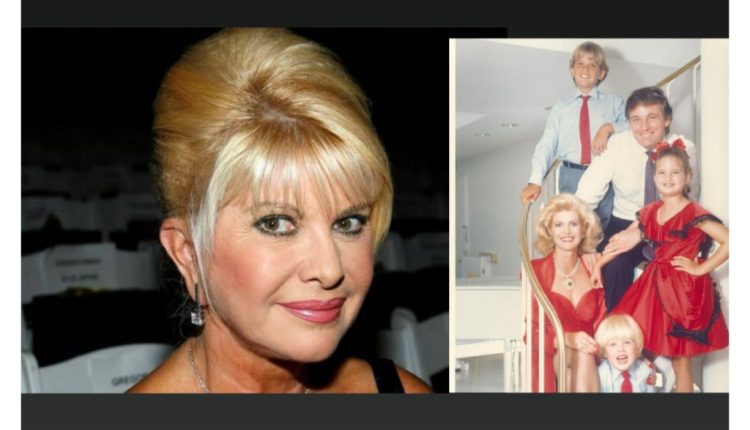 New York: Ivana Trump, a skier-turned-businesswoman who formed half of a publicity power couple in the 1980s as the first wife of former President Donald Trump and mother of his oldest children, passed away in New York City, her family announced Thursday. She was 73.

Ivana Trump “passed away at her home in New York City,” Donald Trump wrote on his social media platform Truth Social, without providing the cause of death.

“She was a wonderful, beautiful, and amazing woman, who led a great and inspirational life,” said Donald Trump.

“Her pride and joy were her three children, Donald Jr., Ivanka and Eric. She was so proud of them, as we were all so proud of her. Rest In Peace, Ivana!” he added in the post.

Eric and Ivanka Trump are mourning the loss of their mother, Ivana Trump.

“It is with deep sadness that we announce the passing of our beloved mother, Ivana Trump. Our mother was an incredible woman — a force in business, a world-class athlete, a radiant beauty, and caring mother and friend,” Eric, 38, wrote in a statement on Instagram alongside a collection of photos of the Trump family throughout the years.

“Ivana Trump was a survivor. She fled from communism and embraced this country. She taught her children about grit and toughness, compassion and determination. She will be dearly missed by her mother, her three children and ten grandchildren,” he concluded.

Ivanka, 40, also penned an emotional tribute to her mom, captioning a carousel of photos, “Heartbroken by the passing of my mother. Mom was brilliant, charming, passionate and wickedly funny. She modelled strength, tenacity and determination in her every action. She lived life to the fullest — never forgoing an opportunity to laugh and dance.”

Ivana Trump, a model who grew up under communist rule in the former Czechoslovakia, married Donald Trump, then a budding real estate developer, in 1977.

Their first child, Donald Jr., was born later that year. Ivanka was born in 1981 and Eric followed in 1984.

Throughout the ’80s, the Trumps were one of New York’s highest-profile couples, their extravagant lifestyle exemplifying the flashy excesses of the decade.

Their power and celebrity grew as Donald Trump’s property business soared, with Ivana Trump taking on number of key roles in the business.

Their high-profile split, rumored to have been caused in part by Donald Trump’s affair with actress Marla Maples, provided juicy content for New York’s tabloids.

Donald Trump and Ivana Trump divorced in the early ’90s and in 1993 the future president married Maples.

Ivana Trump went on to enjoy a successful business career of her own, developing clothing, jewelry and beauty products and penning a number of books.

Donald Trump’s union with Maples lasted until 1999. He married has third and current wife, Melania Trump, in 2005.