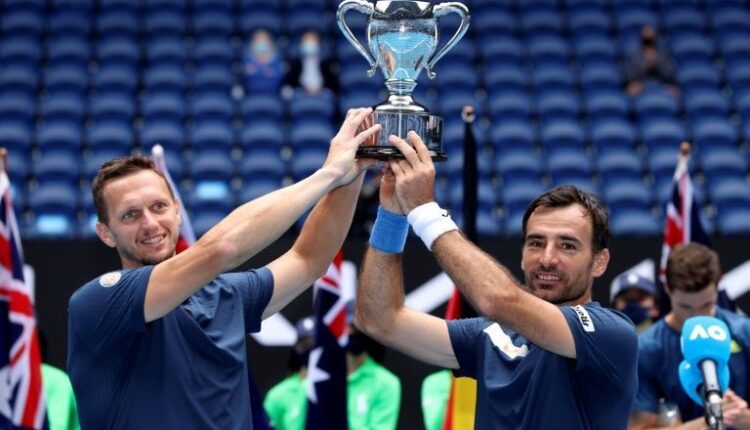 Melbourne: Ivan Dodig and Filip Polasek won their first Grand Slam title on Sunday as they upset defending champions Joe Salisbury and Rajeev Ram with 6-3 6-4 scoreline in the final of the Australian Open.

The duo dominated the final at Rod Laver Arena, breaking their opponents’ serve once in each set during the 88-minute contest.

Such was their domination that they created 15 breakpoint opportunities in the match while not allowing Ram and Salisbury a single look at their own serve.

It was the first Grand Slam triumph for Polasek, 35, who came out of retirement in 2018, while Croatia’s Dodig won his second men’s doubles title after winning the 2015 French Open with Marcelo Melo.

Polasek became only the second Slovak, man or woman, to win a Slam title in any discipline after four-time mixed doubles champion Daniela Hantuchova.