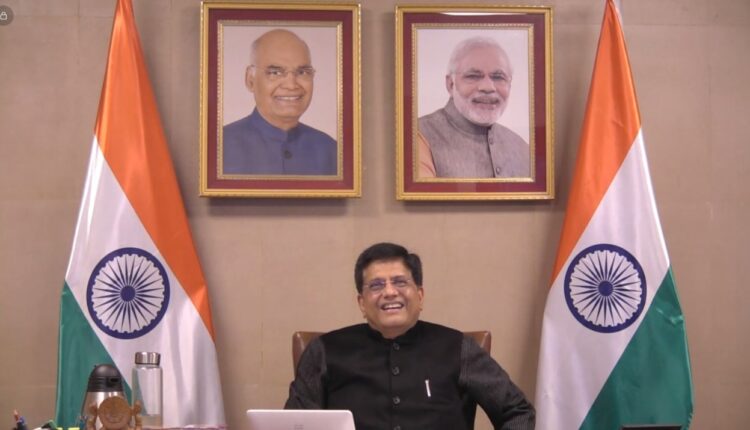 Bureau of Indian Standards (BIS) completed 75 glorious years of its existence on 6th January 2022. BIS came into existence as the Indian Standards Institution (ISI) in 1947. Through its core activities of Standardization and Certification, BIS has been contributing to national economy from past 75 years.

While addressing the officers of the Ministry of Consumer Affairs, Food and Public Distribution and BIS, he said, “Honourable Prime Minister before even becoming the Chief Minister of Gujarat gave the concept of 3S- Speed, Skill and Scale. It’s time now to change it to 4S – Speed, Skill, Scale and Standards.”

He said that as we celebrate Azadi Ka Amrit Mahotsav, it’s a nice coincidence as well as an opportunity to reflect that in the words of Prime Minister it’s the beginning of ‘Amrit Kal of Azadi’. “Both the Nation and BIS will be completing 100 years in 2047 so it’s going to be a great opportunity for BIS to plan and chart out our 25 year agenda from now until 2047. How we will contribute to make India a world power and a super power and a great nation,” he said.

Shri Goyal said that the defining feature that distinguishes some of the countries from us is focus on quality, “And if we can take it up as a mission that if 135 crore Indians start demanding quality and every participant in economic activity in India provides quality, then quality will speak for itself”.

He said that the Centre is working towards One Nation One Standard. And it’s important to set the benchmark by working skilfully so that we are internationally aligned.

Shri Goyal said that the standardization and conformity assessment will also provide consumers, safe, reliable and high quality products and therefore, our job becomes important and relevant in the years to come.

“Many manufacturing units today look at Total Quality Control or Six Sigma level of quality where they are counting defects or errors and very strict measures are taken and that is Hallmark of a progressive, modern and developed Nation,” he added.

He stressed that BIS will make consumers more aware regarding quality. Total Quality Control will also mean trust in quality, confidence in quality.

Shri Goyal complemented BIS in making Hallmarking and Assaying a success. He said, “Äs we celebrate Azadi K Amrit Mahotsav this year and plan for Amrit Kal for next 25 years, BIS also which play an equally important role in building a brand India so that we get recognize world over as a quality supplier of goods and services changing the mindset of the nation.”

“Every single action demands quality that should be our mantra,” he added.

Srimandir To Remain Closed From Monday Till Jan 31

Gangasagar Mela To Be Held With Restrictions: Calcutta HC