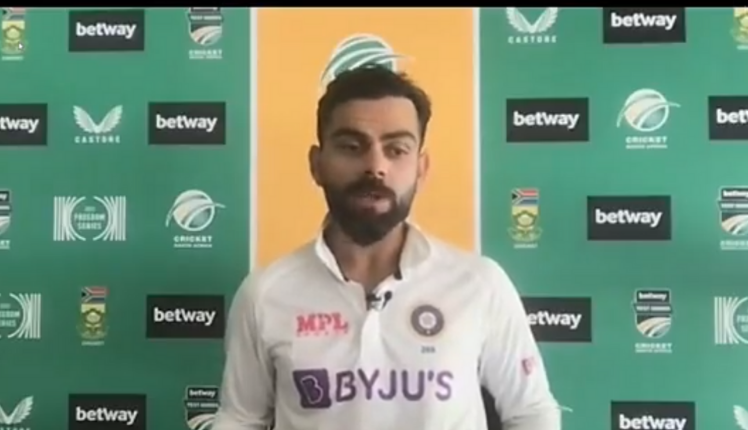 It’s Not My Job To Discuss Future Of Rahane Or Pujara: Kohli After Test Series Loss In South Africa

Cape Town: After being vanquished by South Africa in back to back Test ties, India captain Virat Kohli shied away from throwing light on the batters’ failure.

India captain Virat Kohli after the match, on Saturday, said,” It’s not my job to discuss the future of Ajinkya Rahane and Cheteshwar Pujara. As I said before and I will say again, we have continued to back Cheteshwarand Ajinkya because of the kind of players they are and what they have done in Test cricket over the years.”

“They have done well in crucial situations, you saw that in the 2nd Test as well with that important partnership in the 2nd innings which got us to a total that we could fight for,” he added.

“These are the kind of performances that we recognise as a team. What the selectors have in mind and what they decide to do, I obviously can’t comment on that at this moment, sitting here,” he further added.

While Rahane managed 136 runs in 3 Tests, Pujara hit 124 in 3 Tests as India’s batting unit let the team down in the last two Tests as the visitors missed out on what was a fine opportunity to win their first-ever Test series victory in South Africa.

Meanwhile, South Africa on Friday defeated India in the third and final Test to clinch the three-match series 2-1.

Delta and Omicron both may co-circulate, Neuberg panelists