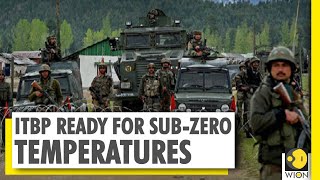 Itanagar: The Indo-Tibetan Border Police (ITBP) asserted that China will never surprise them at the Line of Control (LoC) as they are fully alert.

ITBP personnel remain upright at forward locations in Arunachal Pradesh to prevent any attack from Chinese side despite freezing temperature, tough terrain and lack of essential supplies.

The Indian soldiers could be seen patrolling own territory up to the end of the LAC despite the freezing winds.

The troops have started patrolling in snowsuits which allow them to operate even in cold freezing temperatures. Some ITBP soldiers told the media that in the Tawang sector in Arunachal Pradesh yaks are used for the supply of essential supplies like fuel to troops. They said the yaks can climb steep mountains carrying 90kg weight.

The ITBP’s 55 Battalion Commander Commandant IB Jha said none can surprise us here and added that it is our foremost duty to protect the country at any cost.