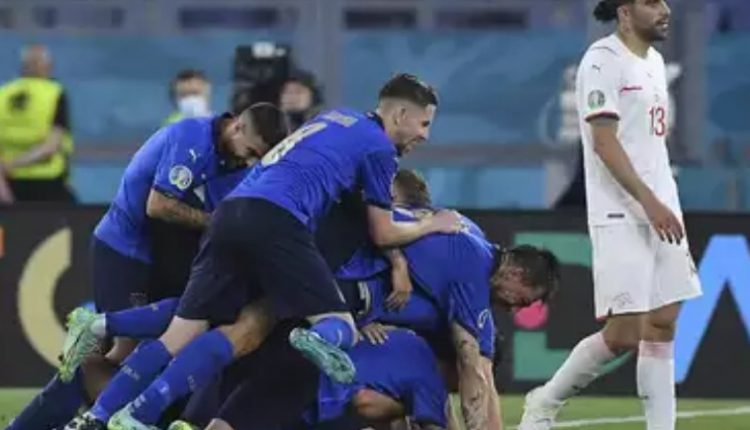 Rome: Italy defeated Switzerland to became the first team to reach the knockout stage of the European Championship.

Roberto Mancini’s side thumped Turkey on the opening day of the tournament and made it back-to-back 3-0 wins courtesy of another sprightly performance in Rome.

Sassuolo midfielder Manuel Locatelli scored twice, first by finishing off a move he started by tapping in from Domenico Berardi’s darting run and cutback.

Italy’s passing and pressing was far superior to their opponents and Locatelli’s fizzing strike from the edge of the area underlined their control of the contest.

The wingers sprint forward like Ferraris. The midfielders are just as capable at scoring as the forwards. And the reserves look like starters.

Italy extended its unbeaten streak to 29 matches _ one shy of the team record _ and kept its 10th clean sheet in that run.

Mancini, however, suggested that Italy still trails France, Portugal and Belgium on the list of tournament favorites.