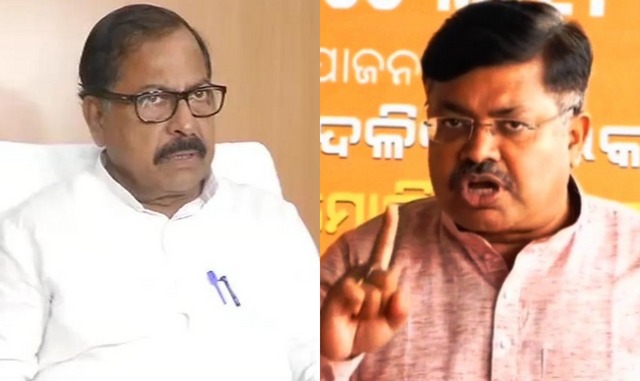 Bhubaneswar: Multiple raids by the Income Tax sleuths at the residence of some businessmen closely associated with BJD in by-poll bound Padampur sparked a verbal duel between BJD and BJP.

Denouncing the crackdown during the time of by-election, senior BJD leader and MLA Sashi Busan Behera said, “the IT raids during the by-poll are not acceptable. IT had all the days to raid any place, but, unfortunately, they conducted it during the by-polls.”

The BJP, however, justified the IT action. BJP state general secretary Prithviraj Harichandan said: “It is unfortunate that some people are opposing IT raids. Should the investigating agency probing into different crimes wait for the election to be over? The IT conducts raids as and when they get confirmed information regarding irregularities.”

The three businessmen who faced the IT raid are Md Sajid of Bahidarpada, Manabhanjan Sahu of Sahupada and Gaju Agrawal of Badapada area in poll-bound Padampur. They are close associates of former MLA and late BJD leader Bijay Ranjan Singh Bariha, whose death necessitated a by-poll in Padampur on December 5.

CRPF jawans from Chhattisgarh were engaged during the raids. The reason of the IT action is yet to be confirmed.