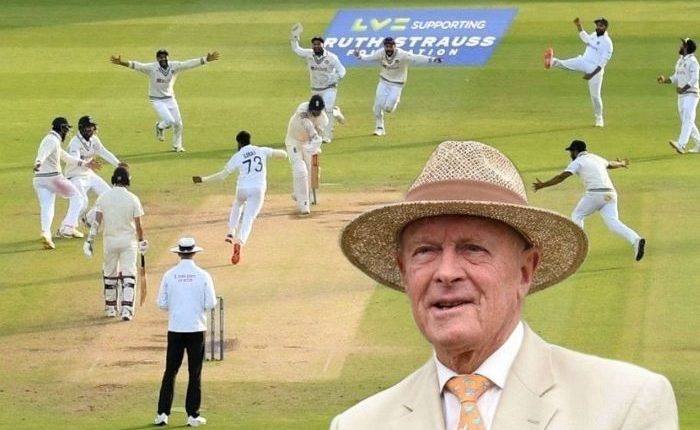 London: After Defeating from India at the Lords in the second Test match, the England cricket team is facing sarcasm from every corner.

He said that the team’s top order has to score more runs and stop relying on skipper Joe Root to provide the goods.

Root has scored a whopping 386 runs in just four innings but England have managed to get past 350 only once in the series.

Boycott also said that England’s defeat at Lord’s shows that you can’t win Test matches “if you are stupid”.

“This Test match has proven two things. Firstly, if you are stupid, you do not deserve to win Test matches. As much as we love Joe Root for his magnificent batting, he cocked up with his tactics,” Boycott wrote in his column for The Telegraph.

“Secondly, England cannot keep relying on Joe for all their runs. There has to be an improvement from the top three very soon because it is getting beyond a joke.”

Boycott said that England’s desire to get back at Jasprit Bumrah for the short ball barrage that he gave to James Anderson led them to losing the plot in the first session. Bumrah ended up putting a record 89-run ninth-wicket partnership with fellow tail-ended Mohammed Shami, which turned the game India’s way.

“Joe had been doing well with his field placings and captaincy but seeing Jasprit Bumrah at the crease was like a red rag to a bull. He encouraged Mark Wood to just pepper him with fast short balls. It is obvious the England captain and some of his players wanted payback for the working over Bumrah gave James Anderson in the first innings,” said Boycott.

“The tail swiped and edged. The field spread out on both sides of the wickets to stop the run-scoring and England suffered the embarrassment of India declaring,” he said.

Over 2 Kg Of Brown Sugar Seized In Balasore, 2 Detained

Women’s IPL Will Help Bridge The Gap Between Int’l,…