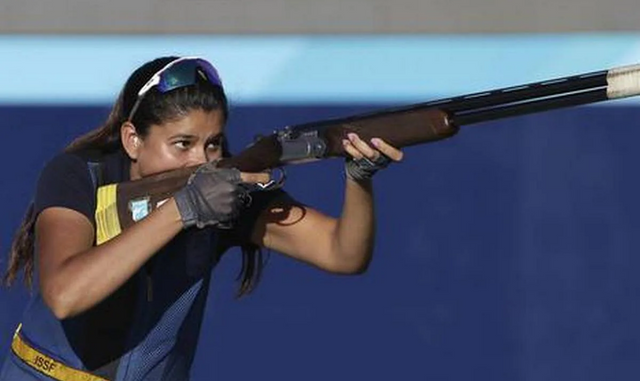 Areeba Khan shot 29 out of her 40 targets in the final, missing her last shot while Great Britain’s Sophie Herrmann hit 30 targets to take the gold medal.

This is India’s second medal in the shotgun event after Shapath Bharadwaj, Shardul Vihan and Arya Tyagi won gold in the junior trap men’s team event.

Areeba Khan finished third in the qualifying round after a shoot-off and then topped her ranking match to qualify for the final.

The 19-year-old Indian shooter was part of the gold-medal-winning Indian women’s skeet junior team in 2021.