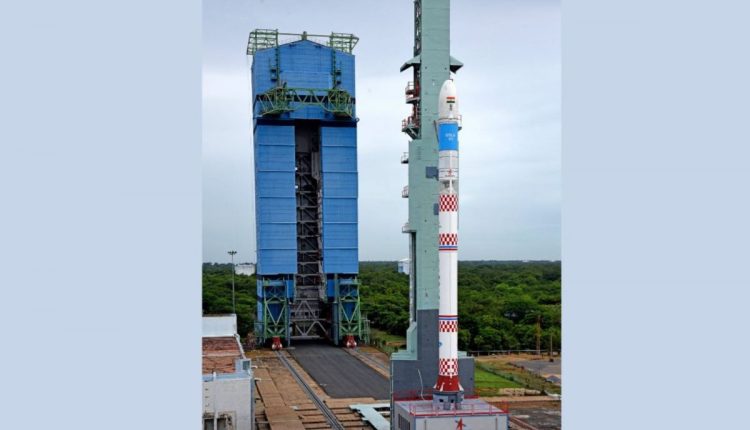 Sriharikota: The Indian Space Research Organisation (ISRO) on Sunday created history when it successfully launched the maiden Small Satellite Launch Vehicle (SSLV), ferrying an earth observation satellite and a student satellite from the spaceport in Sriharikota.

The rocket carrying EOS-2 and Azaadisat satellites lifted off from the first launch pad of Satish Dhawan Space Centre in Sriharikota at 9.18am, after the countdown for the mission began at 2:26am.

Around 13 minutes after lift-off, the rocket placed EOS-02 and AzaadiSat in a 356.2km low earth orbit.

The SSLV is 34m tall, about 10m less than the PSLV and it has a vehicle diameter of two metres as compared to 2.8 metres of PSLV. SSLV has a lift off mass of 120 tonne while PSLV has 320 tonnes, which can carry payloads upto 1,800 kgs.

On Sunday’s mission, SSLV would carry Earth Observation Satellite -02 and a co-passenger satellite AzaadiSAT — developed by the student team of ‘Space Kidz India’.

The significance of SSLV is that it has the fourth stage which carries liquid propulsion based Velocity Trimming Module to place the satellites into the intended orbit. The rocket comprises solid fuel to fire the first three stages.

After travelling for about 13 minutes, SSLV is expected to first place the EOS-02 into the intended orbit followed by AzaadiSAT which is an eight kg Cubesat designed by the girl students from government schools across the country to mark the 75th Anniversary of Independence.

The Indian Space Research Organisation has developed the SSLV to put in low earth orbit satellites weighing less than 500 kg, which are much in demand for applications such as earth observation and providing internet connectivity in remote areas.

The primary payload of the first demonstration flight of SSLV is an earth observation satellite MicroSat 2A.

According to ISRO, an SSLV rocket can be manufactured within a week to meet the demands of the burgeoning space sector.

The AzaadiSAT carries 75 different payloads each weighing around 50 gms. Girl students from rural regions across the country were provided guidance by ISRO scientists to build these payloads which are integrated by the student team of ‘Space Kidz India’.

The ground system developed by Space Kidz India would be utilised for receiving the data from this satellite. ISRO began launching sounding rockets in 1965 to probe the upper atmospheric regions and for space research. The first sounding rocket was launched near Thiruvananthapuram in November 1963. The space agency later in 1980 launched the country’s first Satellite Launch Vehicle -3 which can carry payloads of upto 40kgs. In 1987, ISRO conducted the first developmental flight of Augmented Satellite Launch Vehicle (ASLV) with a payload capacity of upto 150kgs. Later, ISRO made its first Polar Satellite Launch Vehicle in September 1993, which was unsuccessful. However in 1994, ISRO tasted success on the first successful launch as it emerged to be a reliable and versatile trusted workhorse. ISRO conducted the first flight of the Geosynchronous Satellite Launch Vehicle in 2001 which is the largest launch vehicle developed by India, currently under operation. The GSLV has a lift-off mass of 414.75 tonne.