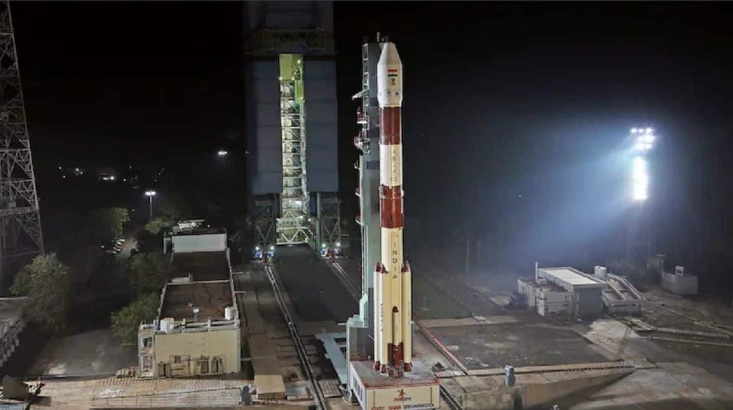 New Delhi: The Indian Space Research Organisation (ISRO) is all set for its first launch mission of 2022 with PSLV-C52, which will be launched from the first launch pad of Satish Dhawan Space Centre (SDSC) tomorrow.

They include one student satellite (INSPIRESat-1) from Indian Institute of Space Science & Technology (IIST) in association with Laboratory of Atmospheric & Space Physics at University of Colorado, Boulder, and a technology demonstrator satellite (INS-2TD) from Isro, which is a precursor to India-Bhutan Joint Satellite (INS-2B).

EOS-04 is a radar imaging satellite designed to provide high-quality images under all weather conditions for applications such as agriculture, forestry & plantations, soil moisture & hydrology and flood mapping.