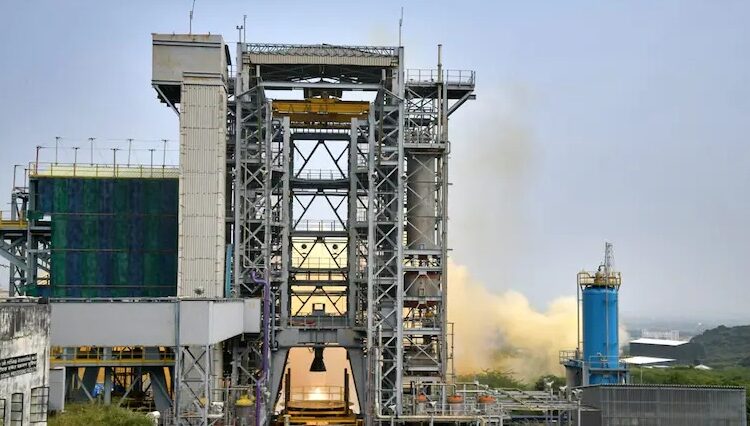 New Delhi: The Indian Space Research Organisation (ISRO) successfully test-fired the high thrust Vikas engine that would power India’s first rocket to ferry humans. The test carried out on Thursday was to verify the robustness of the engine by operating beyond its nominal operating conditions (fuel-oxidiser ratio and chamber pressure).

According to ISRO, the engine, named Vikas, underwent the qualification test for a duration of 25 seconds at the ISRO Propulsion Complex (IPRC), in Mahendragiri, Tamil Nadu.

The Indian space agency said that two engines have already undergone tests under nominal operating conditions for a total duration of 480 seconds.

The performance of the engine met the test objectives and the engine parameters were closely matching with the predictions during the entire duration of the test. Further, three more tests are planned for a cumulative duration of 75 seconds under under varying operating conditions. Subsequently, another high thrust Vikas engine will undergo a long-duration test for 240 seconds to complete the Vikas engine qualification for Gaganyaan Programme, ISRO said.