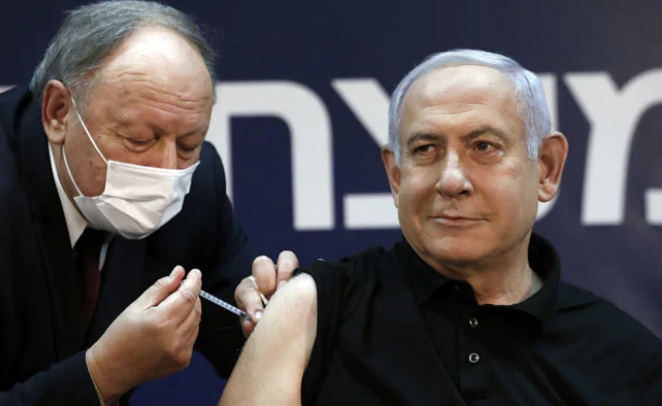 Jerusalem: Prime Minister of Israel, Benjamin Netanyahu, received a Covid-19 vaccine jab on Saturday. With this, he became the first Israeli and one of the world’s leaders to be inoculated.

Israel is set to begin vaccinating its health workers and nursing home residents beginning Sunday. Netanyahu said he wanted to be the country’s first recipient to set a “personal example” and to encourage Israelis to get the shot.

Netanyahu said that after taking the vaccine shot that he thought about reopening his country again and about returning to normalcy. In a tweet, Netanyahu also said, “We have worked hard to bring millions of vaccines to our small country. Israel is one of the first countries to be vaccinated. Tonight, more than ever, I am excited and proud to be the Prime Minister of Israel.

Earlier, in his video address, the Israeli Prime Minister said that million of vaccine doses will be available to Israelis by the end of January. Netanyahu also called on citizens not to avoid getting inoculated. He also added that after all the frontline workers, the elderly and those in risk groups have been vaccinated, subsequent shipments of the vaccine can cover the entire population of Israel.