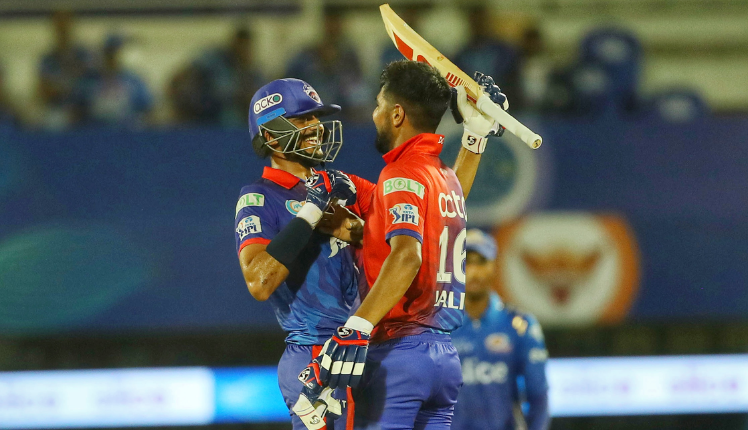 Chasing a target of 178, Lalit Yadav and Axar Patel starred with the bat for DC, adding an unbeaten 75 runs to take the team to a four-wicket win.

This came after MI had taken control of the proceedings, following DC’s top-order collapse.

Earlier, Ishan Kishan scored an unbeaten 81 as Mumbai Indians posted 177 for five after being put on to bat first. Apart from Ishan, skipper Rohit Sharma scored a fine 41 at the top of the order.

Rohit and Ishan had given MI a flying start in the powerplay, adding 53 runs without the loss of any wicket.

However, Kuldeep Yadav pegged back the five-time champions with the wickets of Rohit Sharma, Anmolpreet Singh and Kieron Pollard. Kuldeep returned with figures of three for 18 while Khaleel Ahmed also picked a couple of wickets.

Bihar CM Nitish Kumar Punched By Man On Back In Patna