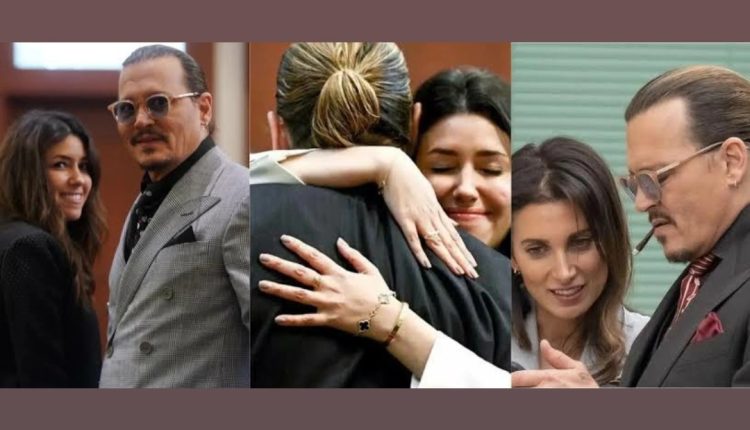 London: Hollywood actor Johnny Depp is dating one of his attorneys who represented him in his UK libel trial against the Sun. According to a report in Page Six, that lawyer is London-based Joelle Rich. Throughout the entire Johnny Depp and Amber Heard’s defamation case, netizens wanted the former to date his lawyer Camille Vasquez. Soon after, rumours started floating that something has been brewing between the two. After Camille refuted the rumours in an interview, there has been a new update about Johnny. The report further said that the lawyer is married but separated, and her divorce may not be finalised yet.

Quoting a source, the outlet further said that Johnny Depp’s and Joelle Rich’s “chemistry is off the charts,” adding, “It’s serious between them. They are the real deal.”

However, with confirmation of Depp dating another attorney rumours about Vasquez having a relationship with her client have been quashed completely. Although, while on her interviews after their monumental win over Heard’s team in the USD 50 million libel case, Vasquez did address the rumours. She had slammed all spinning stories about the two, calling the speculation “sexist” and “unethical.”

Meanwhile, during the US trial, a source told Us Weekly that Rich was present to show her support for the actor. The insider noted, “There was no professional obligation for her being there,” and added that the pair used to meet “discreetly” in hotels during the earlier stages of their relationship. The source also disclosed, “Their chemistry is off the charts. It’s serious between them. They are the real deal.”

Rich has reportedly been dating Depp for several years. She was photographed outside the Virginia courthouse hugging Camille Vasquez in May this year. Days later, she had appeared inside the courtroom.

According to TMZ magazine, Rich is married to Jonathan Rich but now in the process of getting divorced from her estranged husband from whom she has two children.

The bio of the 37-year-old London-based lawyer says that she ‘works to defend [clients’] reputations against false and defamatory allegations in print, online, and on social media.” It goes on to say she has “particular expertise in protecting individuals’ privacy from unwarranted intrusion and media attention.”

Rich had defended Depp in his ill-fated libel battle against The Sun at London’s High Court in July 2020 after the newspaper branded him a ‘wife beater’ in an article. The article published in the British tabloid had claimed that there was ‘overwhelming evidence’ that Depp engaged in acts of domestic violence while married to Amber Heard. The actor had lost that legal battle in a British High Court.

Rich reportedly went to Birmingham University where she studied law. It was here where she met her future husband.

According to an article published in The Mail, Rich was later promoted to partner of the law firm which represents the likes of the Duke and Duchess of Sussex and actress Emma Watson.