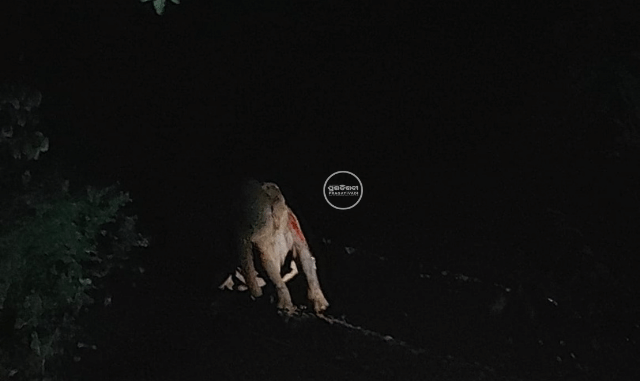 Joda: As many as three elephants have been reportedly injured after being hit by an iron-ore laden train near Bansapani Behera hutting under Joda police station limits in Keonjhar district on Thursday.

According to reports, the incident took place this evening when the goods train hit a 22-member elephant herd that was crossing the railway line near Bansapani Behera hutting injuring one female elephant and two baby jumbos.

Sources said, the injured pachyderms are still on the railway tracks and train services on the route have been halted due to the presence of the elephant herd.

Till the last report came in, the forest personnel were keeping a safe distance from the spot as the herd has been behaving aggressively after the mishap and standing guard with the injured ones. Due to the darkness at the accident spot, the forest personnel are yet to ascertain if there was any casualty.

According to sources, the elephant herd was found wandering in the Bichakundi forest not far from the Champua Range’s Joda Section. The elephant herd has been seen repeatedly changing locations due to widespread deforestation and mining activities in the forest area.

Reports added that the elephant herd has been camping in nearby forests for a week. Prior to this, a number of elephants have been killed in similar train accidents at the same spot, and the forest department is yet to put barricades at the spot to avert such mishaps.