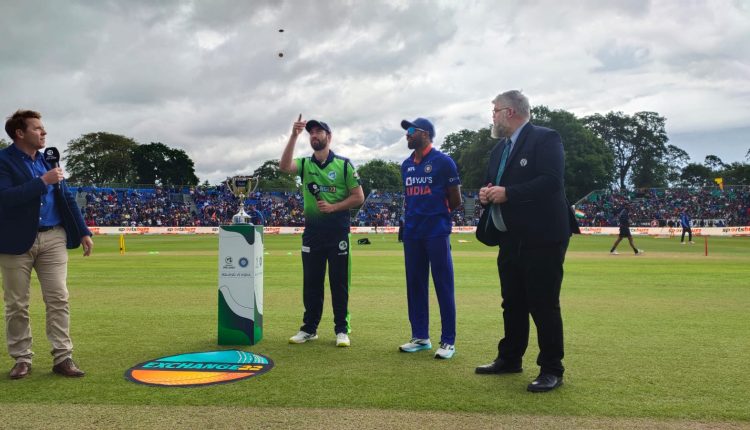 Dublin: India captain Hardik Pandya won the toss and opted to bowl against Ireland in Dublin. The start of the play, however, has been delayed due to rain.

Both teams have a debutant, as Umran Malik debuts for India and Conor Olphert will play his first international match for Ireland.