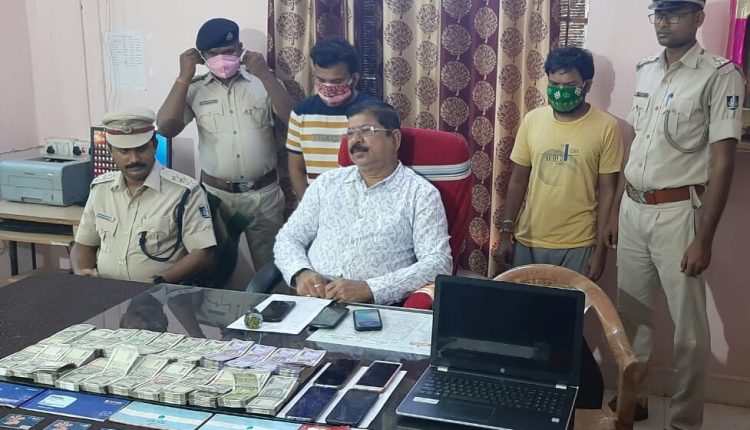 Deogarh: An IPL betting racket was busted by Deogarh Police on Wednesday. After getting a tip-off, a special squad police team led by SDPO Pratyush Mohapatra conducted raids at Prabhashuni village and arrested two persons in this connection.

The arrestees have been identified as Bapun Behera and Lipun Behera. Both the arrested were produced before the court, and have now been sent to police custody.

Speaking in a press meet here, Deogarh SP Rajkishore Paikray said, “The raid was conducted based on reliable inputs regarding the betting racket on IPL in this village. The accused Bapun and Lipun were caught red-handed. The duo used online applications to carry out the IPL betting racket by collecting money from different persons.”

“They have been arrested and cash to the tune of Rs 9.3 lakh seized from their possession. Around 17 gms of gold, 4 mobile phones, laptops and ATM cards were also seized. The accused used to play on various online betting websites which were managed by Admins, who created a number of stockists under them while several distributors are under the control of stockists,” he added.