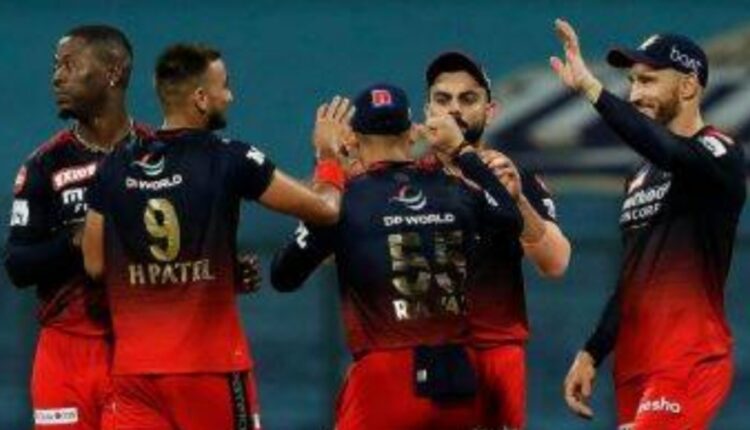 Mumbai: Royal Challengers Bangalore defeated Rajasthan Royals by four wickets in the Indian Premier League here on Tuesday. Sent to bat, Jos Buttler scored an unbeaten 70 off 47 balls, while Shimron Hetmyer (42 not out) and Devdutt Padikkal (37) also made valuable contributions to power the Royals to 169 for 3.

Royal Challengers Bangalore handed table-toppers Rajasthan Royals their first loss of this year’s edition of the Indian Premier League as they found two heroes in Dinesh Karthik and Shabaz Ahmed.

Chasing a 170-run target, Karthik’s excellent performance took the game away from Rajasthan after RCB seemed to be heading toward heartbreak. The wicket keeper’s crucial knock ensured that RCB would manage to turn things around and pick up maximum points on the night as he helped his team get the job done by four wickets at the Wankhede Stadium. Karthik remained unbeaten on 44 runs off 23 balls as Bangalore won the match by 4 wickets.

He got ample support from Ahmed who played a brilliant inning as he scored 45 runs off 26 balls before Trent Boult castled him as the Indian looked to play an unorthodox shot behind the wicket.

Despite Knowing They Won’t Be Here For Long, They Still Choose To Live Their Brightest Lives: Sunflowers