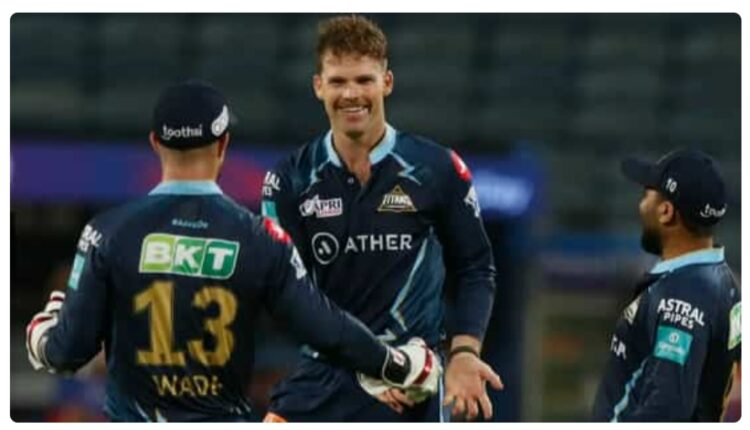 Pune: Lockie Ferguson breathed fire with the ball as the Gujarat Titans beat Delhi Capitals by 14 runs in the 10th match of IPL 2022 at the Maharashtra Cricket Association Stadium in Pune on Saturday.

Ferguson pulled off a double-wicket over twice in the innings to break the backbone of the DC run chase. In the end, Mohammed Shami picked up bak-to-back wickets as DC’s lower middle-order had no chance in front of the GT bowlers. Shubman Gill hit a sparkling 84 off just 46 balls to lead Gujarat Titans to 171 for 6. Mustafizur Raham struck in his first over to sent back Matthew Wade for 1 then Kuldeep Yadav removed Vijay Shankar but then Hardik Pandya joined hands with Gill to steady the ship. After Gill’s wicket, Gujarat Titans failed to get the big finish.

Mustafizur Rahman was the pick of the bowlers for DC. He ended up with figures of 3/23. Earlier, Delhi Capitals captain Rishabh Pant won the toss opted to bowl first against Gujarat Titans.

Bangladesh’s Mustafizur came into the DC side in place of Kamlesh Nagarkoti. Gujarat decided to field an unchanged XI.