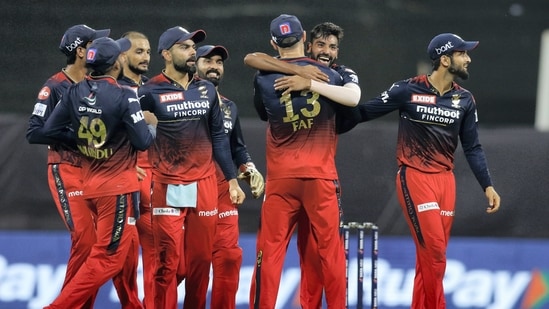 Kolkata: Royal Challengers Bangalore defeated Lucknow Super Giants by 14 runs to book a place in the Qualifier 2 of IPL 2022, where they will face Rajasthan Royals.

A stunning maiden IPL ton from Rajat Patidar a cracking knock from Dinesh Karthik powered RCB to 207/4 in 20 overs. Bangalore’s innings was all about one man, Rajat Patidar! It felt like he was playing a different game altogether! Everything that he touched, turned to gold and as a result, he notched up his century. Not to forget the cameo by Dinesh Karthik that eventually helped Bangalore cross the 200 mark.

Chasing a 208-run chase, KL Rahul (79) and Deepak Hooda (45) kept Lucknow’s hopes alive but they, perhaps, accelerated a bit too late and left too much for their finishers, as LSG fell short by 14 runs in the chase. Harshal Patel (1/25) and Josh Hazlewood (3/43) were immense in the final two overs of the game, while Wanindu Hasaranga (1/42) took the important wicket of Hooda.

Rahul had won the toss and opted to bowl against Royal Challengers Bangalore in Kolkata.