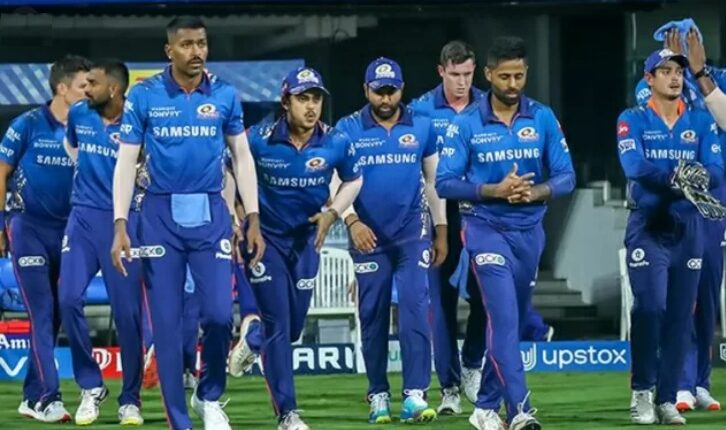 New Delhi: Mumbai Indians skipper Rohit Sharma was fined Rs 12 lakh after his side maintained a slow over-rate during the IPL game against Delhi Capitals in Chennai on Tuesday.

“Mumbai Indians captain Rohit Sharma has been fined after his team maintained a slow over rate during their IPL 2021 match against Delhi Capitals at the MA Chidambaram Stadium, Chennai on April 20,” the IPL said in a statement.

“As it was his team’s first offence of the season under the IPL’s Code of Conduct relating to minimum over rate offences, Mr Sharma was fined Rs 12 lakh,” the statement added.

Experienced leg-spinner Amit Mishra (4/24) spun his web around the Mumbai Indians batsmen to restrict them to sub-par 137 for 9 and Delhi chased the target with five balls to spare on Tuesday.

As per the IPL guidelines, the captain of the erring team is docked Rs12 lakh in fine on the first instance of slow over-rate. On the second instance during the season, the fine for the captain is doubled ( Rs 24 lakh) while every other member of playing XI is fined 25 per cent of match fee or Rs 6 lakh — whichever is lesser.