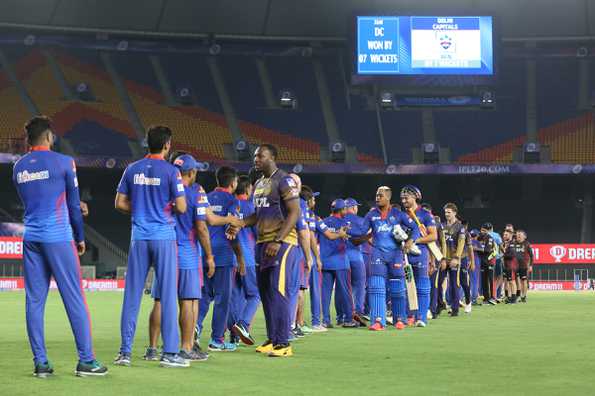 Ahmedabad: The Delhi Capitals, the last team to play against the Kolkata Knight Riders, whose two players tested positive for COVID-19, have been asked to isolate themselves at their hotel in Ahmedabad.

The duration of the quarantine is not immediately known but there is now no guarantee that the Delhi team’s scheduled practice session at the Motera on Tuesday (May 4) will take place.

Delhi Capitals’ next game, incidentally, is against KKR, on May 8 in Ahmedabad.

Monday started with the IPL confirming that the Knight Riders’ Varun Chakravarthy and Sandeep Warrier had tested positive in Ahmedabad, and cancelled their match against the Royal Challengers Bangalore, scheduled for Monday. Within hours, in Delhi, the Chennai Super Kings had reported three positive cases including that of Laxmipathy Balaji, who was in the dugout during Saturday’s match against the Mumbai Indians.

UP CM gets death threat, cops out to trace caller