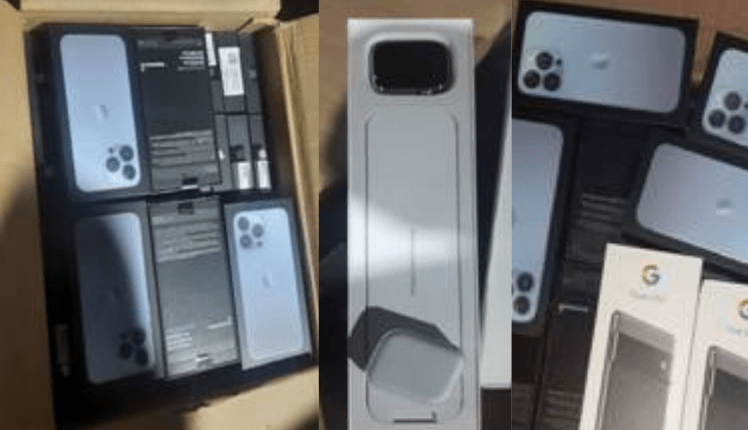 New Delhi: The Directorate of Revenue Intelligence (DRI) has caught a stockpile of iPhones being smuggled into the country.

After developing precise intelligence, officers of the DRI inspected two consignments on 26.11.2021. These consignments had arrived from Hong Kong, at Air Cargo Complex (ACC), Chhatrapati Shivaji International Airport, Mumbai. In the import documents, the goods were declared as “memory cards”.

Thus, a total of 3,646 (three thousand six hundred and forty-six) iPhone-13 mobile phones were found in the intercepted consignments.

The above-mentioned mobile phones and apple smartwatch, not having been declared, were seized under the Customs Act, 1962.

The total value of the seized goods is around Rs. 42.86 crore, while the declared value of the goods was only Rs. 80 lakh.

Import of mobile phones into India attracts effective Customs Duty of around 44%.

The detection of attempted smuggling of these high-end phones of latest models in such large numbers shows how quickly the smugglers establish their smuggling networks for the latest products, like iPhone 13.

This detection has helped unearth a serious import fraud, reinforcing DRI’s ability to detect and combat unique and sophisticated methods of smuggling, having substantial revenue implications.

As the guardians of the nation’s economic frontiers, DRI remains steadfast to combat smuggling.