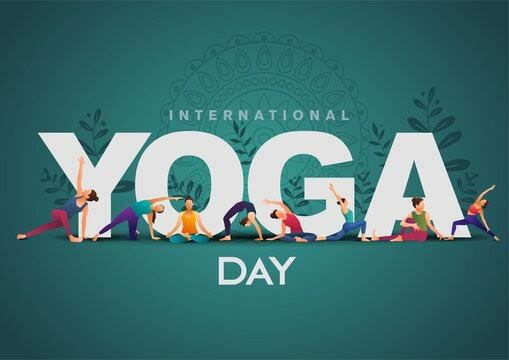 New Delhi: International Yoga Day is celebrated on June 21 to spread awareness about the importance and health benefits of yoga. It is being said that yoga helps balance the body and mind. The term “yoga” has come from two Sanskrit words – “Yuj,” which means together and “Yujir”, which means “to unite”.

This year, the theme for International Day of Yoga is “Yoga for Humanity.” This theme was decided considering the importance of yoga and how it benefited the masses in keeping safe and healthy during the outbreak of coronavirus.

Yoga originated thousands of years ago, even before belief systems were born. The word Yoga was also mentioned in ancient literature like the Rig Veda. The idea of International Yoga Day was conceived by Prime Minister Narendra Modi, who proposed the concept on September 27, 2014, during his speech at the UN General Assembly.

The draft resolution passed by India was supported by 177 nations. Recognising its universal appeal and growing popularity, the United Nations proclaimed 21 June as the International Day of Yoga on December 11, 2014. Consequently, the first International Yoga Day was observed on June 21, 2015.

Yoga Day is celebrated across the globe to highlight the importance of Yoga and its role in keeping the body and mind in perfect health. Practicing different asanas and pranayama calms the mind by allaying one’s fears and anxiety.