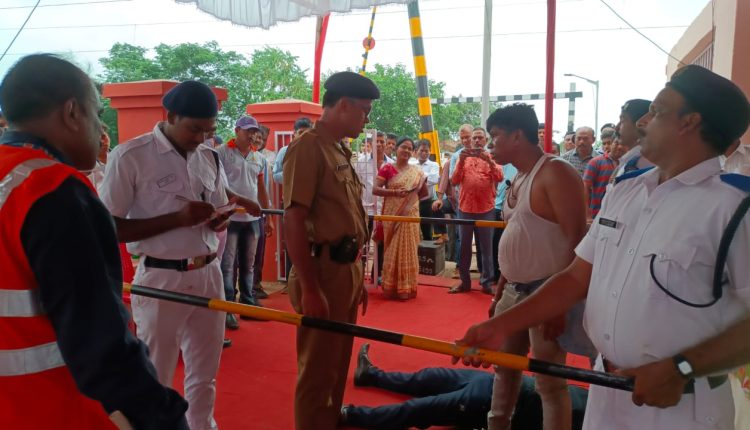 The Level Crossing Awareness Campaign has been made by ECoR through various media like distribution of posters, leaflets, various short duration films/advertisements etc., including Street Play (Nukkad Natak).

Informing the gathering, Ray said that “Life is more precious than your time. Do not risk your life while crossing the Level Crossings”. He also informed that trains move faster than they appear to be and can reach the level crossing sooner than we can think. Be careful while passing through Level crossings.

As per the directions of the Railway Minister, all the unmanned Level Crossing Gates have been eliminated from East Coast Railway jurisdiction by providing substitute paths like the provision of ROB & RUBs.

To mark the International Level Crossing Awareness Day, a Street Play was organized by the Civil Defence volunteers of Khurda Road Division at the Level Crossing near Arugul. Leaflets have been distributed, and Placards and Banners displayed for educating the Road Users about the precautions to be taken while negotiating the Level Crossings. Counselling was also done to the road users by the Safety Department staff and officers at the Level Crossing Gates over ECoR jurisdiction.