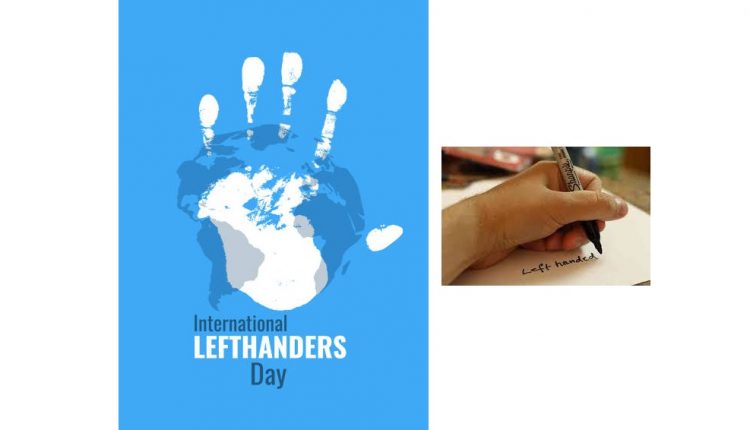 New York: Every year, to celebrate left-handers in a world dominated by right-handers, and to raise awareness about everyday issues that lefties face, August 13 is marked as ‘International Left-Handers Day.

The day, which honours ‘sinistrality’ or left-handedness, was first observed in 1976 by Dean R. Campbell, the founder of Left-Handers International Inc., and has been celebrated every year since.

International Lefthanders Day was launched by the Club as an annual event on 13th August, 1992 when lefthanders everywhere can celebrate their uniqueness and also increase awareness in the public about the advantages and disadvantages of being left-handed. The event is now celebrated worldwide. In the UK there have been more than 20 regional events to mark the day including left-v-right sports matches, a left-handed tea party, and nationwide “Lefty Zones” where lefthanders creativity, adaptability, and sporting prowess were celebrated, etc.

In 1990, the Left-Handers Club was formed with an objective to keep members in touch with developments, create their views known to manufacturers and others. To provide help and advice line, to promote research into left-handedness and development of new left-handed items. The strength of the Club is increasing since its formation as members from all over the world have joined it and is highly regarded as the foremost pressure group and advice centre on all aspects of left-handedness.