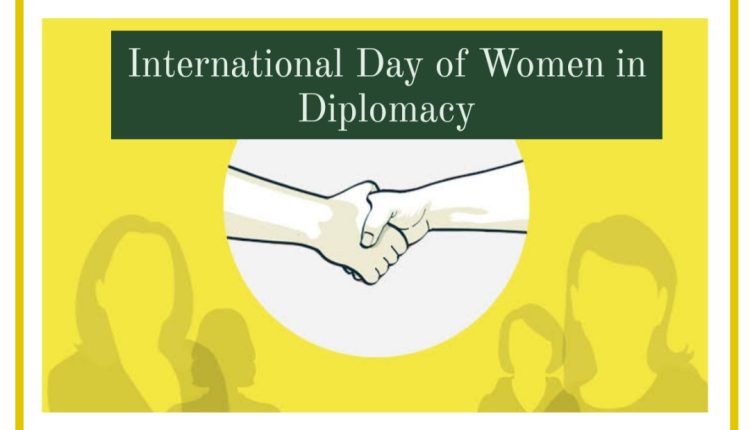 New York: June now comprise of another landmark date, the International Day of Women in Diplomacy, proclaimed by the United Nations General Assembly, to fall on June 24 each year

The designation of the International Day of Women in Diplomacy has been championed by General Assembly President Abdulla Shahid, who presided over the adoption of the resolution on Monday.

The resolution invites all UN member states, organisations of the UN system, other international and regional organisations, civil society, academic institutions, associations of women diplomats and other relevant stakeholders to observe the International Day of Women in Diplomacy annually in order to promote the full and equal participation of women at all levels of diplomacy as reported by Xinhua news agency.

“Women working in diplomacy have made critical contributions to shaping the multilateral system we have inherited today,” Abdulla Shahid said in an address after the adoption of the resolution.

“Yet, despite the evident contributions of women to diplomacy and multilateral decision-making, they continue to be underrepresented in senior diplomatic positions. And they still suffer the deep-rooted legacies of sexism, which hinder their professional advancement and obscure their contributions and achievements,” he said.

“We cannot foster the level of diplomatic engagement and global solidarity needed to overcome today’s challenges, from climate change to pandemics, to human rights violation, to economic uncertainty, unless we not only give women a seat at the table, but facilitate their ability to take on leadership roles, including in diplomacy,” he added.

The draft resolution was tabled by Shahid’s country, the Maldives, with 191 co-sponsors. The co-sponsorship is a record for the current session of the General Assembly, said Shahid’s spokeswoman Paulina Kubiak Greer.