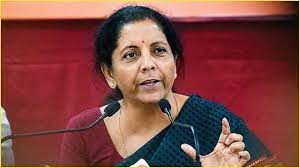 The government on Thursday rolled back interest rate cuts announced on small savings schemes including the popular Public Provident Fund (PPF) and National Savings Certificate (NSC) which were announced on Wednesday evening.

The Finance Ministry tweeted this morning that orders issued by oversight shall be withdrawn. The opposition parties slammed the government with Priyanka Gandhi Vadra calling it “election driven hindsight.”

The Shiv Sena leader and Rajya Sabha MP Priyanka Chaturved, taking a dig at the Finance Minister Nirmala Sitharaman, said the Centre’s policies are a result of oversight hence the failing economy.

Worth mentioning here is that interest rates on small savings schemes are revised every quarter. The above interest rate cuts were announced after three-quarters of status quo.

Maximum Temp In Most Parts Of India Will Be Above Normal Between April-June: IMD