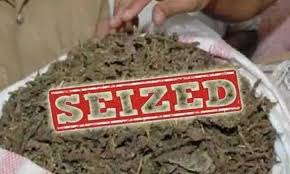 Koraput: Police here has busted an inter-State ganja smuggling racket with the arrest of two peddlers near Shiva temple in Guneipada Check here on Tuesday.

The accused persons have been identified as Bipin Mishra and Arun Dubey, residents of Raipur.

Acting on reliable inputs regarding smuggling of the contraband from the Andhra borders, Nandapur SDPO on the direction of Koraput SP launched a patrolling in Guneipada area and intercepted the ganja-laden truck near Shiva temple late last night.

During the search, a joint team of Machkund and Lamtaput Police seized around 321.8 kg ganja stuffed in 16 bags, the value of which is estimated to be around Rs 30 lakh.

Initial investigation reports suggest that the consignment was being transported from Enugu area in Andhra Pradesh to Uttar Pradesh via Lamtaput, Jeypore, and Raipur.