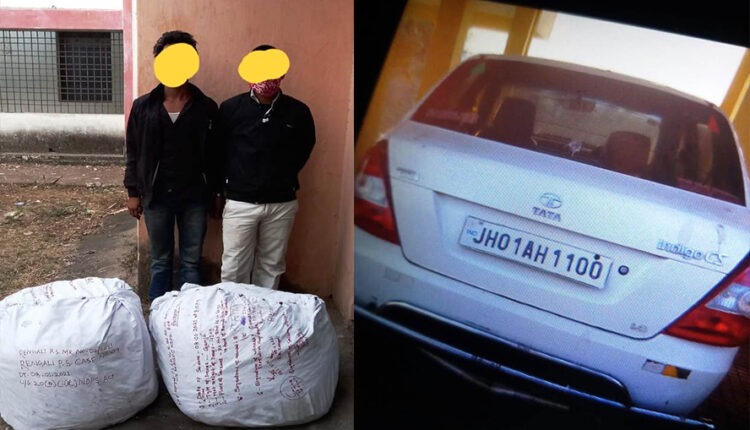 Sambalpur:  Rengali police have busted an inter-state ganja smuggling racket in Sambalpur which is linked to Andhra Pradesh and Bihar.

Police sources said Rengali police seized the vehicle in which the contraband weighing 83 kgs were found. The seized cannabis is valued at Rs 41,000

Those arrested are Ramlagan Ray (30) Of Saidabad and Sunil Ray (27) of Bhaktiyarpur, Bihar. Both have been forwarded to court, the Police said.

On January 8 at 4.30 PM after getting a tip-off regarding the transportation of Ganja from Sambalpur to Jharsuguda, the staff swung into action and intercepted the vehicle.