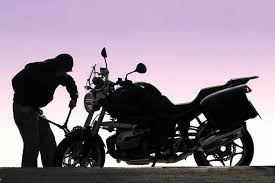 Bhubaneswar: Police have arrested two inter-district bike lifters from Bhubaneswar and seized 13 stolen motorcycles from their possession.
The accused has been identified as Prakash Padhiary (24) alias Litu from Bhanpur village under Sadar police station limits and Dayanidhi Nayak (18) alias Chuin from Pochalundi under Tarasingh Police station limits in Ganjam district.
Reportedly, the police nabbed the accused during night patrolling while the duo was heading from Cuttack on a scooter bearing a fake number plate. Though the accused attempted to flee from the spot, cops managed to grab them.
During interrogation, the duo confessed to their illegal activities. Later, police raided their residents and seized 13 stolen bikes, 8 vehicle batteries from their possession.
As many as 7 cases of loot are pending against one of them at different police stations in the city, police said.