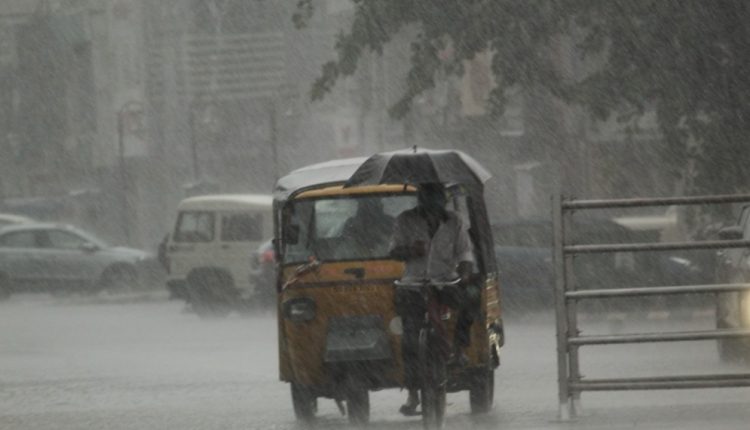 Intense Spell Of Rain In Twin City ; IMD Predicts Light To Moderate Rain In Next 24 Hours

Bhubaneswar: The twin city –Bhubaneswar and Cuttack-on Saturday experienced intense rainfall accompanied by thunderstorm and lightening under the influence of a through that runs from cyclonic circulation over northeast Rajasthan and neighbourhood to north Chhattisgarh across south Uttar Pradesh.

The through line extends up to 3.1 km above mean sea level, IMD stated.

Light to moderate rain/thundershower is likely to occur at a few places over Keonjhar, Mayurbhanj, Balasore, Jajpur, Bhadrak districts and at one or two places over the rest districts of the state in the next 24 hours.

IMD had earlier predicted heavy rain in several parts of Odisha on September 27 due to the cyclonic circulations.