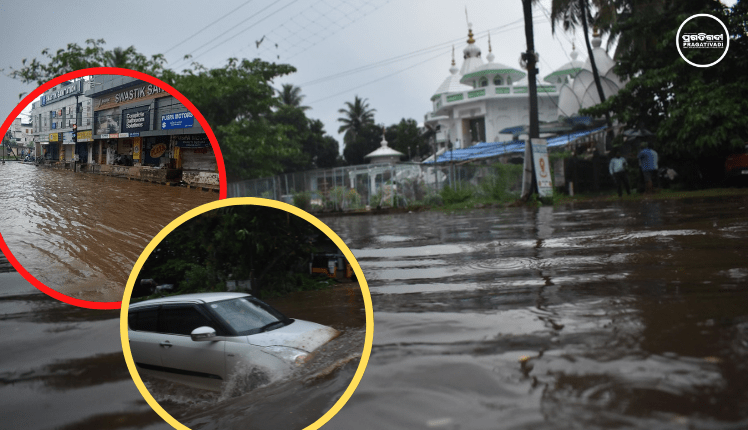 Cuttack/Bhubaneswar: Normal life in Twin-City was totally hit following heavy rain triggered by the well-marked low pressure over the Bay of Bengal on Sunday. 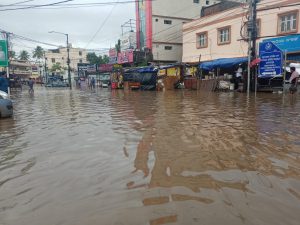 The streets, lanes, and by-lanes across the Twincity were submerged in rainwater and people were water-locked in their houses as rainwater along with drain water gushed into their houses today.

“Every time it rains, the entire stretch of road near Buxibazar gets flooded. We think we are lying in some remote area of Odisha. The waterlogged streets caused numerous problems for the motorists as many vehicles got stranded after developing technical snag,” said Subham Das, a resident of Sutahat in Cuttack. 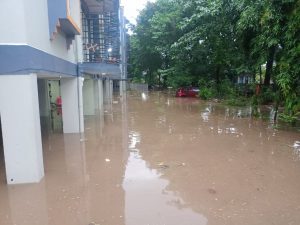 “Normal life was thrown out of gear in the entire city. People were not able to come out of their houses as streets across the city were inundated with knee-deep water,” said, Nabin Nayak, a resident of VSS Nagar. 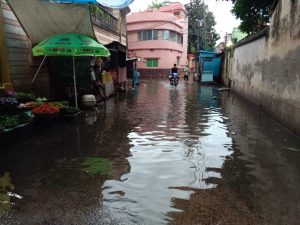 Reportedly, such kind of situation has exposed the worst monsoon preparedness of the civic bodies. While flooding and the water-logging issue have become every year’s event in the Twin-city, the civic body authorities are yet to resolve it. 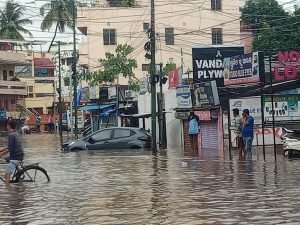 Meanwhile, the IMD has “issued ‘Red warning’ (Take action) for heavy to very heavy rainfall at a few places with extremely heavy (>20cm) falls at one or two places very likely to occur over the districts of Puri, Khurda, Cuttack, Jagatsinghpur, Kendrapada, Dhenkanal, and Nayagarh. The warning will remain valid till 0830 hours on Monday (September 13)”.

Another 874 COVID-19 patients recover in Odisha