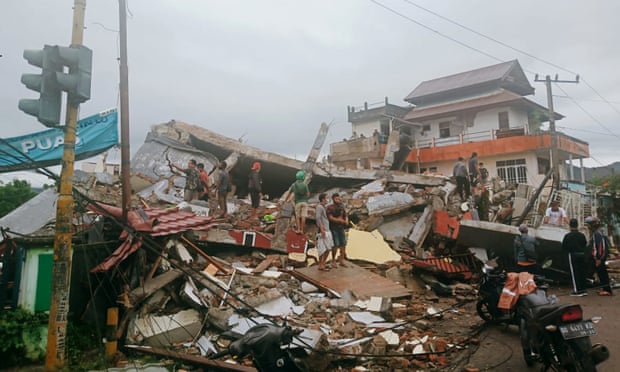 Sulawesi: At least three people have died, while several persons were injured after a 6.2 magnitude earthquake struck Indonesia’s Sulawesi island.

The epicentre of the quake was six kilometres north-east of Majene city at a depth of 10 kilometres.

Thousands fled their homes to seek safety when the quake hit just after 1am local time on Friday morning, damaging at least 60 homes, the agency said.

The quake was felt strongly for about seven seconds but did not trigger a tsunami warning.

Straddling the so-called Pacific ‘ring of fire’, Indonesia, a nation of high tectonic activity, is regularly hit by earthquakes.