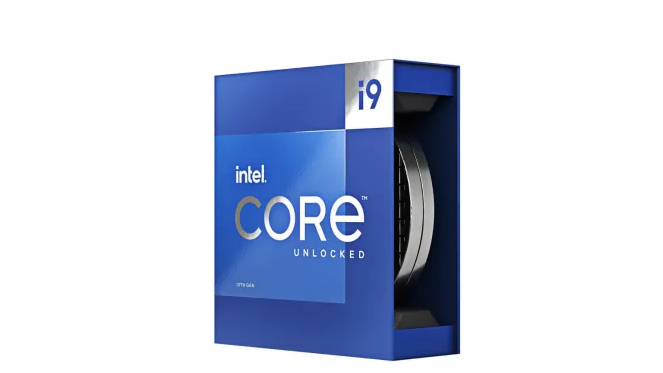 New Delhi: Intel has launched the 13th Gen Core CPU lineup called the ‘Raptor Lake’ desktop CPUs which are high-end models made for gamers and creators. The company claimed that it has come up with the world’s fastest desktop processor that has a flagship core i9-13900K. It clocks a speed of 5.8GHz and has 24 cores-8 of which are high-performance ‘P-cores’ with Hyper-Threading and 16 are smaller single-threaded E-cores for power efficiency.

This one doesn’t have integrated graphics. It has 36MB of L3 cache, 2MB of L2 per P-core, and 4MB per cluster of 4 E-cores. The base TDP is 125W but the maximum power draw at boost speeds, with an adequate cooling solution, is 253W.

Both of them are mostly identical apart from the fact that 13700KF doesn’t come with integrated graphics. Both these CPUs have 16 cores in all- 8 P-cores and 8 E-cores. The highest clock speed is 5.4GHz and there is 30MB of L3 cache plus 24MB of L2 cache in total. The base and max TDPs are 125W and 253W respectively.

Coming to the common specs of all the 6 CPUs, they support up to 128GB of RAM with 16 PCIe 5.0 lanes and 4 more PCIe 4.0 lanes. Non-F models feature basic intel UHD Graphics 770 Integrated GPU.

Some more models with 65W and 35W base TDP ratings will launch later. All 6 CPUs will be available as boxed retail units and in pre-built desktop PCs worldwide starting October 20, setting up a showdown with AMD’s brand new Ryzen 7000 Series.