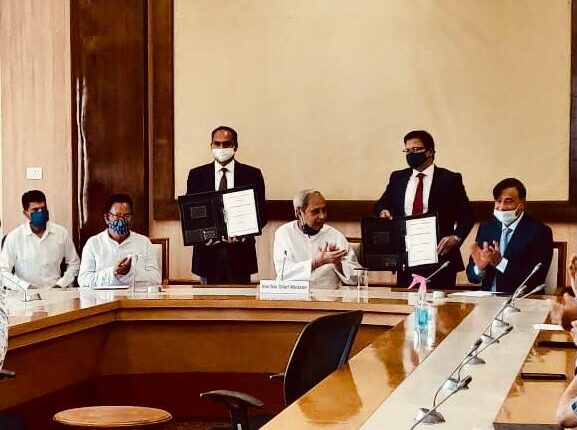 Bhubaneswar: In a historic development, Government of Odisha and ArcelorMittal Nippon Steel India Limited signed a MoU for setting up an Integrated Steel Complex in Kendrapara District. This project will entail in investment of more than Rs. 50,000 crore.

ArcelorMittal Nippon Steel is one of the largest steel makers of the world and combines the financial might of the LN Mittal Group including their international presence in the sector and the technological prowess and management strength of Nippon Steel, which is a Japanese company renowned in the world for its high-technology steel products.

Hon’ble Chief Minister stated that, Kendrapara was the Karmabhumi of Biju Babu and he loved the place and its people from the core of his heart. He also stated that Kendrapara provides ideal prospects for an Integrated Steel Complex and the state Government will provide all the required support and facilitation for the setting up of this mega project. He also state that Odisha has successfully emerged and the most attractive investment destination in the country today because of its forward looking industrial policy, facilitation mechanism and robust infrastructure growth.

Mr. Mittal mentioned that he is very happy to partner with Government of Odisha in setting up this integrated steel complex at Kendrapara, which is in addition to the other investments of AM/NS in Odisha including the 6MTPA pelletization plant in Paradeep which will be expanded to 12 MTPA and the beneficiation complex in Keonjhar and slurry pipeline which are already operational.

Located on the east coast of India, Odisha has a coastline of 480 km along the Bay of Bengal. The modern State of Odisha was formed on 1 April 1936 but its history dates to the era of Kalinga mentioned in the Mahabharata. Over the years the state has maintained a unique cultural identity distinct from all of its neighboring States. Traditionally, the State has been known for its mineral and mining strength. Since the turn of the millennium, the focus of the State has shifted to manufacturing and services industrial growth. The State Government has also taken several unique initiatives to ensure that a hassle-free and conducive business environment is provided to the investors setting up units in the State.