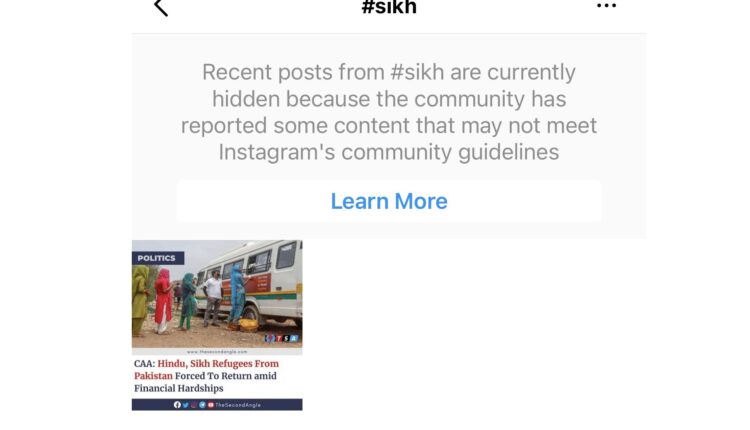 New York: Instagram seems to have blocked the hashtag #sikh on its platform for a short period of time. The blocking comes just over five months after Facebook and Instagram were seen restricting the #sikh hashtag for a number of users.

Instagram at that time responded to user complaints and stated that the said hashtag was “mistakenly blocked” in early March.

As per the user reports, the #sikh hashtag isn’t searchable on Instagram. Some users have also reported that the blocking is in place on Facebook as well. instagram followers

In June, Facebook and Instagram were spotted blocking the #sikh hashtag on their platforms. It was unblocked shortly after several users reported the issue on social media. Instagram also apologised for the action and stated that the hashtag was “mistakenly blocked” on March 7 after receiving a report that “was inaccurately reviewed” by its teams.

“Our processes fell down here, and we’re sorry,” Instagram had said.