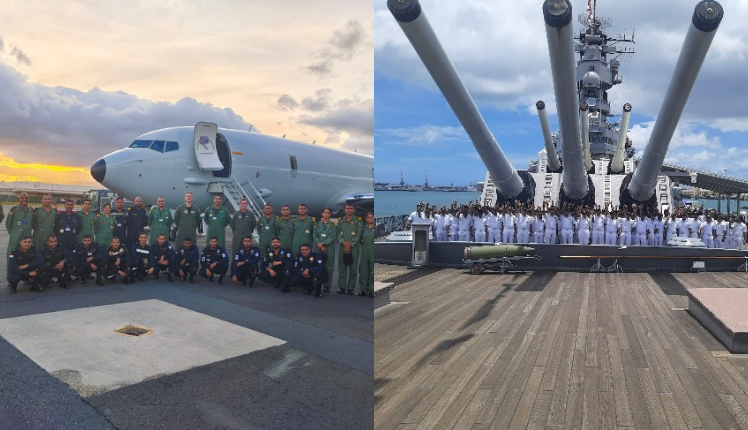 New Delhi: Indian Navy’s indigenous Frigate INS Satpura and P8I LRMRASW aircraft are at Pearl Harbour in Hawaii taking part in one of the largest multilateral Naval Exercises, the Rim of the Pacific exercise, also known as RIMPAC.

While Satpura reached Hawaii on 27 Jun 22, the P8I aircraft arrived on 02 Jul 22. The harbour phase of the exercise saw participation in multiple symposiums, exercise planning discussions and sports competitions.

The crew also visited the historic museum ship USS Missouri and paid homage to fallen soldiers who made the supreme sacrifice during World War II at USS Arizona Memorial.

INS Satpura and one P8I maritime patrol aircraft are participating in the exercise which spans over six weeks of intense operations and training aimed at enhancing interoperability and building trust among Navies of friendly foreign countries.

28 countries, 38 warships, 09 land forces, 31 unmanned systems, 170 aircraft and over 25,000 personnel are participating in the multi-dimensional exercise. The sea phase commences on 12 Jul 22 and will culminate with the closing ceremony on 04 Aug 22.

13,409 Odisha Villages Yet To Get Piped Drinking Water: Minister