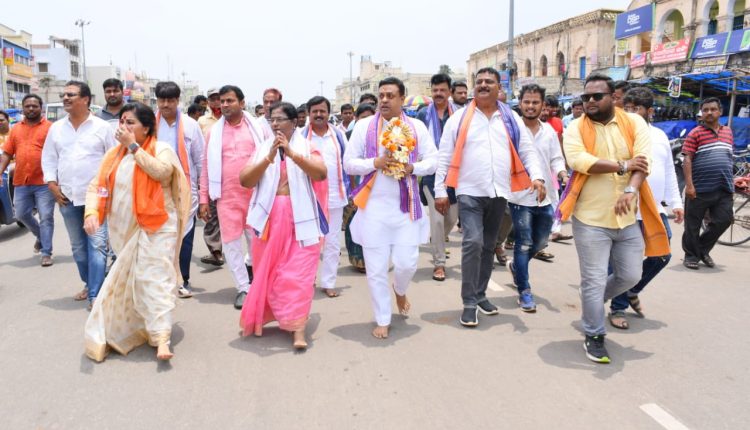 Puri: Egg, tomatoes hurling and ink attacks on political leaders’ convoy in Odisha’s Puri has become the most cunning way for opposition parties to showcase their wrath against state and central government.

This time, a group of Chhatra Congress members hurled black ink at BJP national spokesperson Sambit Patra’s convoy while he was on his way to Puri Town.

The incident occurred near Jhadeswari Chhak in Puri on Wednesday. Patra was here to lodge his protest against the ongoing constructions under the Puri Srimandir Heritage Corridor project.

Reportedly, the convoy was attacked with ink and tomatoes by a group of Chhatra Congress workers who were sloganeering against the rising inflation and hike in prices of petrol, diesel and LPG cylinders.

While Chhatra Congress workers flung tomatoes at the vehicle of Patra at Balagandi chhaka, another group of activists threw ink at his vehicle at Jhhadeswari Club in the holy town. There was a commotion at the sites with police chasing away the attackers, said sources.