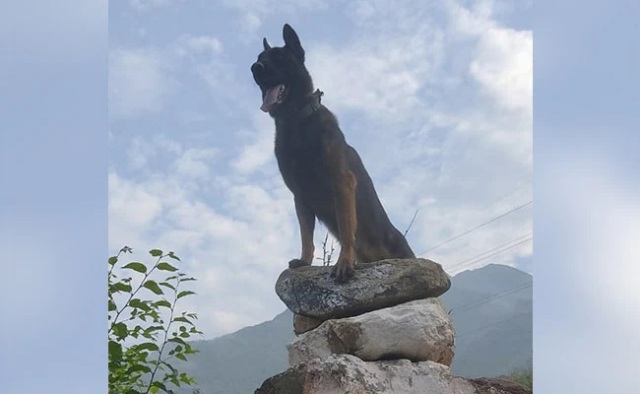 New Delhi: Army Dog ‘Zoom’, who underwent surgery after getting injured in an encounter with terrorists in Anantnag in Jammu and Kashmir, died on Thursday, army officials said.

“Army dog Zoom, under treatment at 54 AFVH (Advance Field Veterinary Hospital), passed away around 12 noon today. He was responding well till around 11:45 am when he suddenly started gasping & collapsed,” the army said.

In a combat operation in Kokernag of Anantnag, ‘Zoom’ attacked terrorists and sustained injuries after receiving two gunshot wounds.

“In spite of the injuries, he continued his task which resulted in the neutralisation of two terrorists. The canine is under treatment in Srinagar,” the army had said.

The assault dog was a part of Operation Tangpawas’s combat team.

IAS Officer, 2 Others In ED Net In Chhattisgarh

ASI Gopal Das fired at Naba Das with an intent to Kill:…