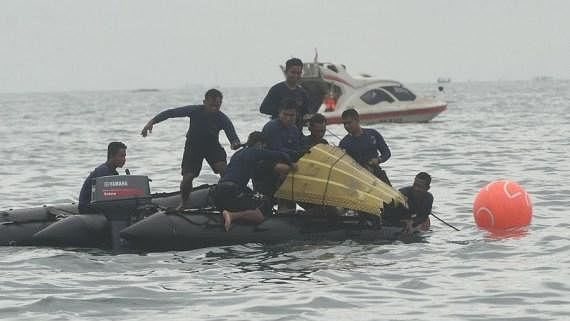 The plane was plunged into the waters off the coast of the Indonesian capital Jakarta on Saturday. The black box was found on Tuesday on the seafloor between Lancang Island and Laki Island of Jakarta Gulf.

Reports said the black box is being transported by a ship to the Jakarta sea port of Tanjung Priok.

Worthwhile to mention that the airplane SJ-182 operated by the budget airline, with 62 people on board, crashed shortly after taking off from Soekarno-Hatta international airport in Jakarta. It was bound for Pontianak city in West Kalimantan province.

Nearly 3,600 personnel were pressed into service for the search mission. This apart 54 ships and 13 planes and helicopters were also engaged in the operation.