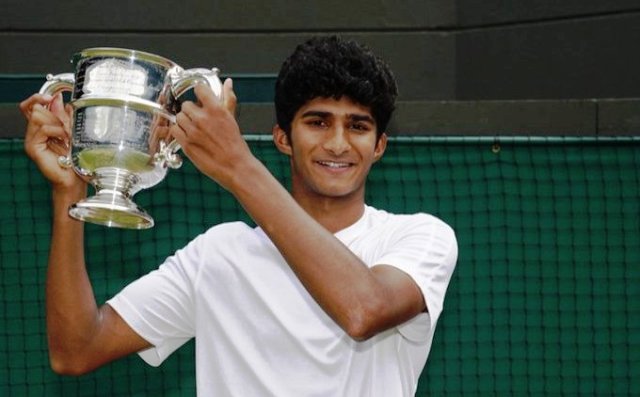 This was Samir Banerjee’s second junior Grand Slam appearance. The Indo-American had bowed out in the first round of the French Open a few weeks ago. The teenager is 19th on the junior International Tennis Federation (ITF) rankings.

Samir Banerjee is a second-generation American. His father, born in Assam, and his mother, born in Andhra Pradesh, migrated to the USA in the mid-1980s. The family now resides in New Jersey.

The first one to do so was Ramanathan Krishnan, who won in 1954. His son Ramesh Krishnan emulated the feat, winning it in 1979, adding to his junior French Open crown earlier in the year. The last Indian to win the junior Wimbledon singles title was Leander Paes in 1990.

Sania Mirza is the only female Indian tennis player to win the junior Wimbledon title. She partnered with the ROC’s Alisa Kleybanova to win the Wimbledon girls’ doubles title in 2003.

Leander Paes and Sania Mirza are the only junior champions who have gone on to win the senior Wimbledon doubles titles, of course with separate partners.