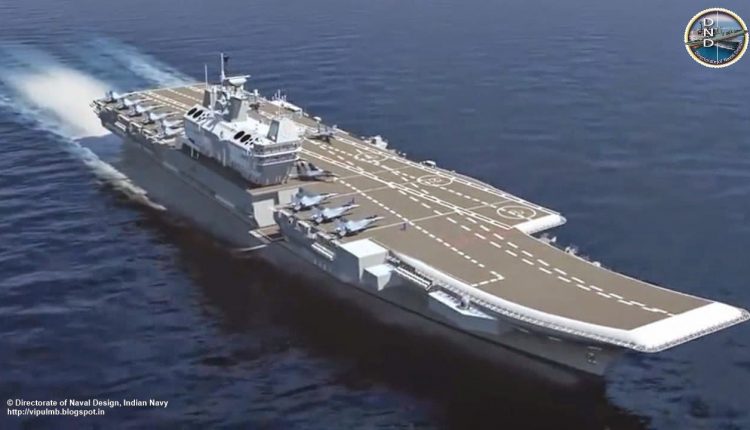 New Delhi: Union Minister for Ports, Shipping and Waterways Sarbananda Sonowal has hailed the launching of sea trials of indigenous aircraft carrier ‘Vikrant’, India’s most complex warship to have been indigenously built by Cochin Shipyard for the Indian Navy.

He said, designing and building an indigenous aircraft carrier is a huge achievement for the Nation.

He said, this is a true reflection of the Make in India and Atma Nirbhar Bharat initiatives of the Prime Minister Shri Narendra Modi. The Minister congratulated Cochin Shipyard and Indian Navy for making the country proud.

Vikrant’s propulsion plants will be put to rigorous testing at the sea in addition to the trials of various navigation, communication and hull equipment. The commencement of sea trials of the IAC after trials of various equipment at the harbour, especially during these difficult times of the COVID-19 pandemic is a landmark achievement for the country.

Cochin Shipyard Limited is the largest public sector shipyard and the only shipyard under the Ministry of Ports, Shipping and Waterways. The launching of the IAC from Cochin Shipyard’s building dock in Aug 2013 with the strong support of the Ministry had catapulted the nation into the elite League of Nations capable of designing and building an Aircraft Carrier.

The basic design of the IAC has been developed indigenously by the Directorate of Naval Design of the Indian Navy and the entire detailed engineering, construction and system integration is undertaken by Cochin Shipyard Limited.

The shipyard carried out the detailed engineering of the ship using advanced software which enabled the designer to get a complete 3D view of the compartments of the ship. It is the first time in the country that a ship of the size of an Aircraft Carrier is completely modeled in 3D and production drawings extracted from the 3D model.

The IAC is the largest war ship built in the country having a displacement of about 40,000 tonnes. The ship is a mammoth steel structure of 21,500 tonnes of special grade steel developed indigenously and used in Indian Naval Ships for the first time. The enormity of the ship can be gauged from the appx 2000 kms of cabling, 120 kms of piping and the 2300 compartments available onboard.

The Aircraft Carrier is a mini floating city, with a flight deck area covering the size of two football fields. The Indigenous Aircraft Carrier is 262 m long, 62 m at the widest part and height of 59 m including the superstructure. ‘Vikrant’ has a top speed of around 28 knots and cruising speed of 18 knots with an endurance of about 7,500 nautical miles. There are 14 decks in all, including five in the superstructure.

The ship has over 2,300 compartments, designed for a crew of around 1700 people, including specialised cabins to accommodate women officers.