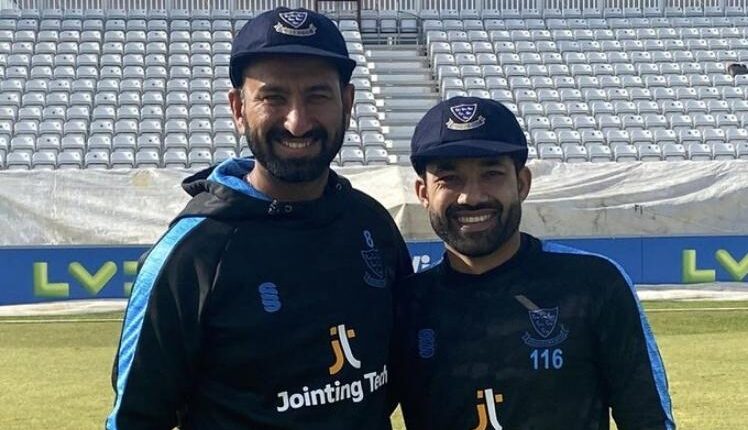 London: India Test player Cheteshwar Pujara and Pakistan wicketkeeper Mohammad Rizwan have made their debut for the county cricket side Sussex on Thursday.

They made their Sussex debut for the game against hosts Derbyshire in the County Championships Division 2.

Pujara has been a regular feature in England’s first-class cricket, but the Pakistan wicketkeeper is making his County debut on Thursday.

Both were named in the Sussex playing eleven, which was captained by Tom Daines. With Derbyshire opting to bat, Pujara and Rizwan are expected to bat on day two.

“Debut day for these two,” posted Sussex with a photo of Pujara and Rizwan on Twitter.

Both players stand at the opposite end of their international careers.

President Stresses On Maximum Use Of Technology To Make…